In this webinar, Pete Massiello covers what’s new on IBM i 7.5, planning tips, pre-requisites, and post-installation requirements for a successful OS Upgrade

An IBM i OS upgrade isn’t complete until all the boxes are checked. Is your list up to date? 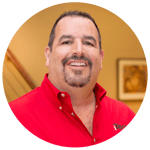 Pete Massiello has been working with the AS/400, iSeries, and IBM i since 1989, focusing on systems management and technical support. He is the President of iTech Solutions Group, an IBM Premier Business Partner delivering solutions and services to IBM i shops throughout the world. He is a member of IBM’s certification test writing team, an IBM Certified Systems Expert with certifications in IBM i design, administration, LPAR, virtualization, implementation, and HMC management.